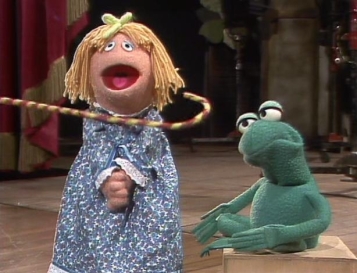 I read a quote the other day and thought I would share it on my blog. I don’t know who wrote it, as a name wasn’t provided. It reads as follows:

A lot of times that first manuscript needs to sashay out stage left in order for the real blockbuster to break into the spotlight.

If you’ve been working on your novel for a while, you know exactly what this writer was saying. My current manuscript is so different from the original, and while it’s not ready for submission, it is sooooo much better than it was after the first very rough draft.

As a newbie, I had no idea the work involved in creating a masterpiece worthy of publishing. I wrote my book and sent it out. It wasn’t until I started receiving the rejections and the one response explaining why it wasn’t ready for prime time that the truth sunk in.

I did have a completed manuscript, a great story, but it was missing the bells and whistles, that something that would make it stand out. Of course, the fact that it was full of grammatical and structural errors didn’t help my case either.

I read another quote years ago that has remained with me and I’ve used in several of my blogs.

Get it done and then get it good.

Don’t expect your first draft to be the final, finished, ready to go version. It won’t be. Once it is completed, the fun begins. At least I hope you enjoy it, since you will be working on that manuscript for quite some time.

If you are new to the writing scene, I would recommend a lot of reading. Not just books in your preferred genre, but also how to books from credible authors. I’ve found some excellent blogs, and of course, the internet is invaluable.

I would also recommend courses on creative writing and writing fiction. I’ve purchased classes through ‘Great Courses’ that were excellent and inexpensive. I’ve watched webinars and also signed up for a workshop through Holly Lisle on ‘How to revise your novel’.

You don’t know what you don’t know until it’s to late. Know this, your first draft is not ready, and it’s up to you to research, learn your craft and get it done.

So You Thought You Were Finished?

3 thoughts on “So You Thought You Were Finished?”