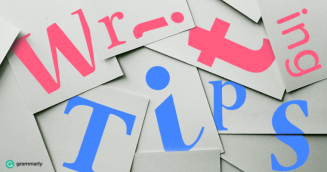 I’ve been kicking around the thought of having a ‘Writing Tip’ Thursday for a while, but still haven’t come up with a witty title for the blog. There are so many one-liners out there. Useful information provided by successful authors that grab your attention and make you stop and think. Some may even tickle your funny bone 🙂

If your hero is eating dinner in Moscow, you better know that steak is thirty bucks a pound; if he is drinking sake in Tokyo, you better know which hand he should use to hold the cup; and when he is sunning on the beach at Cape Cod, remember that there won’t be palm trees.  Dean R. Koontz – How To Write Best Selling Fiction

I love Dean Koontz. He has a way of getting the point across in a fun, self-explanatory manner.

Something to think about 🙂

Hope this helped. I got most of the information for this article from a free ebook written by Joanna Penn. If you haven’t checked her out, I would highly recommend her blog- joanna@thecreativepenn.com

She provides a library of useful information and many reference books at no charge. 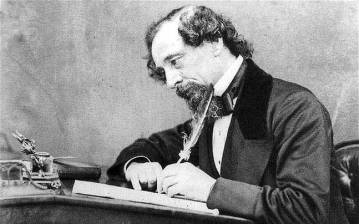 It seems like it’s been a long time since I truly sat down to write. I’ve been doing posts, but mainly older blogs revisited or simple quotes.

My life has been hectic over the last year or so, and it’s been maybe a little too easy for me to say, “I just don’t have the time to write”. I allowed one day to grow into two days and then three and on and on and on.

Before I knew it, I was barely writing at all. I now fully understand why many professional writers encourage you to write every day.

We all have days or personal situations to arise that hinder us from getting to the keyboard. I’m not condemning anyone for taking a needed day off. Life happens!

The problem I had, was the longer I went without writing, the easier it became to put it off. I had become so engulfed with what was going on around me, that I had pushed writing to the side.

Something that I truly enjoyed doing had become an afterthought. Should I write today or not. The answer was usually not.

I am back in the game and wanted to warn those who follow my blog, listen to the experts.

Your lead character doesn’t have to leap tall buildings in a single bound, and he doesn’t have to stop speeding bullets with his bare hands, but he darn well better know the difference between right and wrong, and he better be kind to animals, and it sure wouldn’t hurt any if he brushed his teeth regularly.  Dean R. Koontz – How To Write Best Selling Fiction

I think you get the picture. Your main character needs to be likable and relatable. It would help if he had a few flaws as well. Nobody’s perfect.

Something to think about 🙂 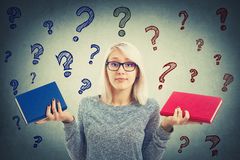 I have to be honest, I just want an agent to say yes, I will represent you. I’ve had my fill of rejections, but I know, just like anything else in life, you need to do your homework.

Don’t be afraid to ask questions of a potential agent. Knowing the agent’s expectations in advance of agreeing to work together will help you avoid a nasty breakup.

Find someone who believes in your work, who loves your voice, and whose vision for your future matches your own.

There’s no right or wrong answer to these questions with the exception of question 8. The purpose of asking questions is to provide you with the information you need to make an informed decision and to clarify expectations for yourself and your agent. I can’t count how many times I’ve heard the phrase-show don’t tell. Everybody knows you’re supposed to show and not tell. You want the reader to experience the scene as if they are one of the characters walking through the story besides the hero/heroine.

If you’re like me, you know what you’re supposed to do, but you don’t really understand what to do to make it happen. How do I show and not tell? It’s a lot harder than it seems. Once you start writing that novel, you’ll understand what I’m talking about.

There are 5 tools for showing:

If you’re doing anything that’s not one of these 5 things, you’re not showing.

Why is it so important to show versus tell? Showing provides your reader with a powerful emotional experience.

It all comes down to the takeaway. Every great novelist will tell you, you have to give your reader that powerful emotional experience or they won’t be coming back.

-Something to think about 🙂 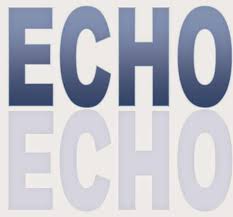 Word Echo? I’m sure you have an idea of what it is, even if you haven’t heard the term before. It’s the use of the same word in close proximity or in the same sentence.

It’s considered ugly and inelegant. Don’t do it! The good news is, it’s probably one of the easiest mistakes to correct.

Just delete one of the repeated words if you can do so without changing the meaning of the sentence. If that doesn’t work, you’ll simply have to replace the duplicate with a new one.

That can be a little tricky. You have permission to pull out the thesaurus, just don’t get carried away, and consider the word you’re using as a replacement.

Many of the words listed are the same but different. They range from a slight variation in meaning to utterly ridiculous.

Footnote: It’s okay to repeat if you’re writing poems, songs, or emphasizing a point. After I finished this blog, I thought about Martin Luther King Jr’s I Have A Dream speech. His repeats were intentional and poetic.

Just something to think about.