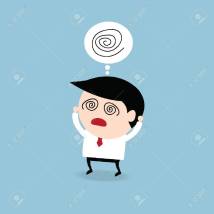 If you are constantly looking over your shoulder, you may not finish your novel. You will be too busy battling the thoughts of it not being good enough. No one wants to be humiliated or rejected. Your inner critic will paralyze you by telling you just how bad your writing is (even if it’s not).  This is another obstacle that I have had to overcome. It hasn’t gone away, I’ve just learned to deal with it.

I did a Bible study a while back on the battlefield of the mind. Though it’s primary purpose was dealing with spiritual warfare, it also pertained to many of the issues that we deal with in our everyday lives. Our mind is a battlefield. In writing, for example, all of us worry about looking dumb and never getting published. Fiction writers make a business out of being scared, and not just looking dumb.

It took me six months from the time I started writing my novel, to tell my husband what I was doing. When I finally told him, I was a mess. I knew he would be excited for me and encourage me in my endeavor, and I didn’t want to let him down.

For the longest time, I’ve treated my novel as a hobby. That’s not a mindset that will get you published. When I finished and sent it out to the first few agents, I was more than a little anxious. The first few rejections confirmed my beliefs. I just wasn’t good enough.

Note that I said I wasn’t good enough. Well, that’s not exactly true. The truth is the novel wasn’t good enough. The fact is, it was filled with grammatical and structural errors, there was some serious head hopping going on, and my on-the-nose dialogue was all but bringing the story to a complete halt. If you are not familiar with these terms you should be. Go back and read the posts I have written addressing them.

I don’t know that the inner critic will ever go away. So how do you combat it? You keep moving forward and growing in your craft. Don’t stop writing. I still question my novel, but I know that I know that I know, that it’s a lot better than it was after the first draft. I’ve learned the hard way and hope to help you avoid some of my pitfalls.

Some professionals recommend the following exercises to help you move forward when the inner critic tries to stop you.  I do my own variation but never really thought about it.

I just pound away at the keyboard and concentrate on what I’m writing about until inspiration kicks in, and it will. Just don’t quit.