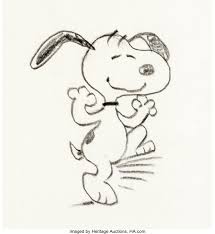 I know that title sounds crazy, but it can actually happen. Once you start writing that best-seller, you’re going to have some characters that arise and try to take you in a direction you hadn’t planned on going. Your novel and characters take on a life of there own.

If you are to have any chance as a writer, you must embrace the plot.  Consider your plot as the skeleton of the novel. It’s the bare bones that keep everything from collapsing.

You must maintain control. Don’t give your plot over to a character who would gladly pick it up and carry it into directions you never intended to go.

Fictional characters can become so vivid, so alive, that you find yourself altering the plot to accommodate their growth and the direction they want to go.

I got caught up in the excitement of following one of my characters through a storyline that I didn’t write. It was as if the novel was writing itself. The problem was, it was veering from my original intent and messing up my plot.

Most authors will tell you that allowing your characters that much freedom is disastrous. That doesn’t mean you can’t allow some revisions to your plot to accommodate growth. It does mean you don’t alter your entire storyline at the urging of a character that has no idea where you are going with your story.

2 thoughts on “Don’t Let Your Characters Steal The Show!”