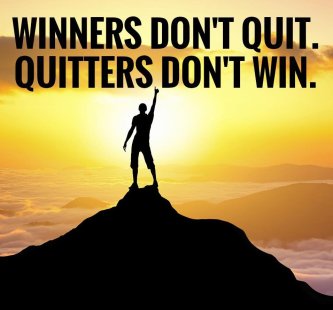 I’m a procrastinator. At least I am when it comes to writing. I know that sounds bad, and I know that it has held me up. I’ve been told by agents as well as published authors that the key to success is simple. Don’t give up!

We don’t start out thinking I’m going to give up. It festers and builds slowly in our psyche and often we don’t even realize it’s happening.  We begin to procrastinate. We lose interest, get tired, or become discouraged. Nothing seems to work. Allowing any of these feelings to take root, can all but terminate a work in progress.

We move on to another project thinking we need a break but never return. This may be a good idea in some instances, but a lot of times this break is used as an excuse, an escape if you will from our fear of failure.

I’m embarrassed at times to tell people how long I’ve worked on Always and Forever. Why has it taken so long? I’ve allowed myself to become discouraged. I have taken breaks – sometimes necessary, but other times to get away from a project that has become overwhelming to me.

I’m at the point where I have to decide what I’m going to do. We all have a limited amount of time. Am I going to waste mine procrastinating and running away from things I want to do but don’t because they appear to be too hard, or am I going to stand up to the challenge and face my nemesis head on?

My decision is to stand up. I hope yours will be too.

Stand Up To The Challenge