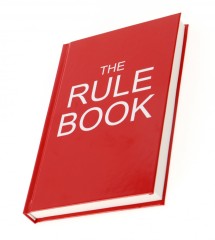 One of my resolutions this year is to get Always and Forever published. It’s a beautiful story with a great premise, but it wasn’t quite ready for prime time 🙂 At least that’s what I was told by one of the agents I queried.

That was my first lesson learned. You can have a great story, but if it’s not written correctly, you can forget it. You have to follow the rules. No grammatical or structural errors, no head-hopping, no information dumps, watch the pacing, transition from scene to scene, and for goodness sake, make sure it’s clear and concise. Nobody wants to read a bunch of written-ese, it doesn’t matter how pretty the sentence sounds with all those extra adjectives. Remember you are writing a novel, not poetry.

I left out a lot of the rules that should be on your checklist when you go back and edit that book, but the previous paragraph was becoming too long and cumbersome, and I think you got the point. And no, the publishers and literary agents do not have editors on standby to do a complete makeover on your story, no matter how good it is. Let’s put that myth to rest.

You’re never too old to learn a new skill. So that’s what I set out to do. If I was going to make my dream a reality, I was going to have to learn the rules and apply them to my story. I have to admit, I thought often about throwing the first very rough draft out and starting over. I’m glad I didn’t.

Don’t give up!!! That was something else the literary agent that I queried told me. You can do this! Most people fail because they stop trying. You never know, you could be one query away from a literary agent excepting your work.

You want to go the e-book route? That’s okay too. I have considered it myself.  But you still have to produce high-quality work. You have to follow the rules. You can put anything you want on e-books if your only goal is to be called author, but if you want to actually sell your books and be successful, you’re going to have to take the time to get that story right.