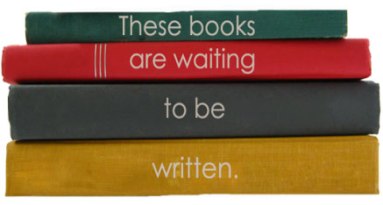 When I first decided to write my novel, I was so excited. My thought was how hard can it be?  I had a great idea, all I had to do was get it down on paper. I’ve read a lot of books and my story was every bit as good or better than some of them.

So I wrote my first novel. It was over 90,000 words. I thought I did a great job conveying the gist of the story. I had family members read it, and they thought it was great. So I sent it out to agents.

Only one of the agents I submitted to responded with why my book wasn’t publishable. My dialogue dragged, I had on-the-nose-writing, and I was head hopping. Well what the heck was all of that suppose to mean. I didn’t realize there were rules other than grammar.

Well there are rules, and if you expect an agent or a publisher to take you seriously, you’d better learn them. If you haven’t heard the terms mentioned, I would suggest googling them. I have blogs that cover the highlights. Visit me as well, and I will give you the Cliff-notes version.

My initial thought after receiving the rejections, was to throw in the towel. I must admit, I was pretty bummed. I had worked on that manuscript for over a year, faced criticism from family and friends, and developed some unrealistic expectations along the way. But I am a wannabe, and I have no intentions of becoming a wannabe that won’t.

What are the main characteristics of Wannabes that Won’t?

They take their own counsel-That’s a nice way of saying they thought they knew it all. They convinced themselves that they were experts in publishing which led to numerous mistakes. One of my favorite sayings, is you don’t know what you don’t know 🙂

They go rogue-Instead of doing their homework and getting counsel from editors and others in the business, they plunge ahead, falling all over themselves. I’m guilty of this one. I took my own counsel. So I guess I’m guilty of the first characteristic too 🙂

They follow a trend-It takes more than a year to get a book to the market(traditional publishing) and that’s after you find an agent who sells it to a publisher. By the time the book is released the trend could be over.

They believe in overnight success-Overnight success happens about 1 in 1,000,000 times. When the wannabes synopsis or proposal isn’t received with enthusiasm, they quit.

They start their career by writing a book-This may be surprising, but it is highly recommended that you begin with short stories and articles. You have skills to hone and polish, and a quarter million clichés to get out of your system. Another thought is to start a blog 🙂

They are imitative-One of the most common traits of destined quitters is their attempts to imitate famous writers. They quickly grow discouraged and quit when they realize they can’t keep up.

Writing a novel that is publishable is hard work. It’s the hardest thing I’ve ever done. There are no shortcuts. If you won’t to be successful, you have to learn your craft and not give up.

3 thoughts on “Do You Wannabe?”